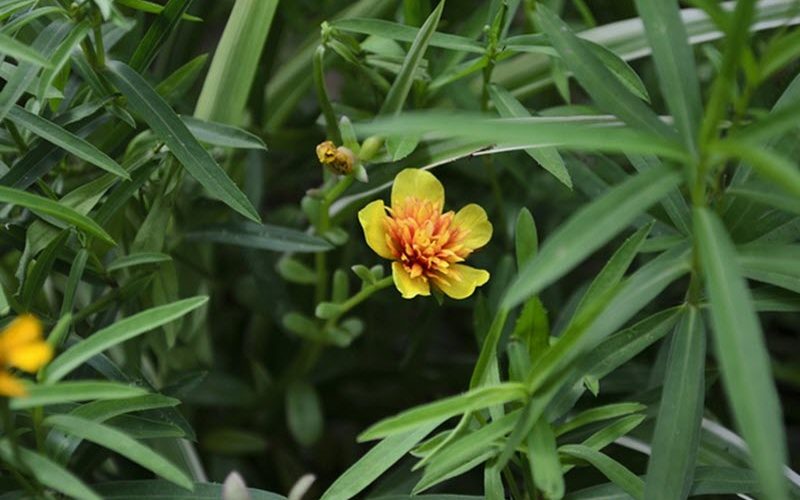 At some point in your life, you have probably eaten something with tarragon as an ingredient. If so, you are familiar with this herb for its use as a seasoning in a lot of savory recipes. But did you know that it can also be used for medicinal purposes?

Another, not so well known fact is that tarragon is part of the sunflower family, stemming from Europe and Asia. Although its roots are there, it is now used in most areas of the world.

Tarragon is a superstar in French cuisine. It is the main ingredient in one of the most popular sauces in France called béarnaise. It lends itself well to chicken, fish and egg dishes.

Tarragon helps aid digestion, female reproductive health and can act as a sleep aid. It is a great anesthetic for toothaches because it has a chemical called eugenol. It can also be used as an antibacterial agent.

How to Grow Tarragon

It is not grown from seeds so you may have to purchase it at the store or farmer’s market as a small seedling and grow from there. The roots grow quickly and it makes a great garden plant or kitchen herb. It needs sun and well-drained soil to thrive.

Other varieties have flowers that produce seeds for planting like Russian tarragon. It can be grown directly by planting the seed in the ground. It is the more hearty of the two and basically endures drought conditions, anemic soil and all around neglect. The price to pay for this easy to care for herb is lack of flavor.

Tarragon needs to be pruned regularly to keep it from falling over. Keep it at about two feet high and it will continue to grow throughout the year.

Make sure to keep the ground covered around the base of the herb with mulch of some kind in the winter. Tarragon is also susceptible to different mildew types like downy and powdery mildew. It also attracts white rust and fungus so you will need to guard with chemicals or an organic pesticide.

Considered the “king of the herbs” by the French, it is also an herb that can aid in a lot of medicinal home remedies. With tarragon, you can season your eggs and poultry dishes, garnish your masterpiece and sooth your toothache all at once. That is more than you could ask for in one little plant.