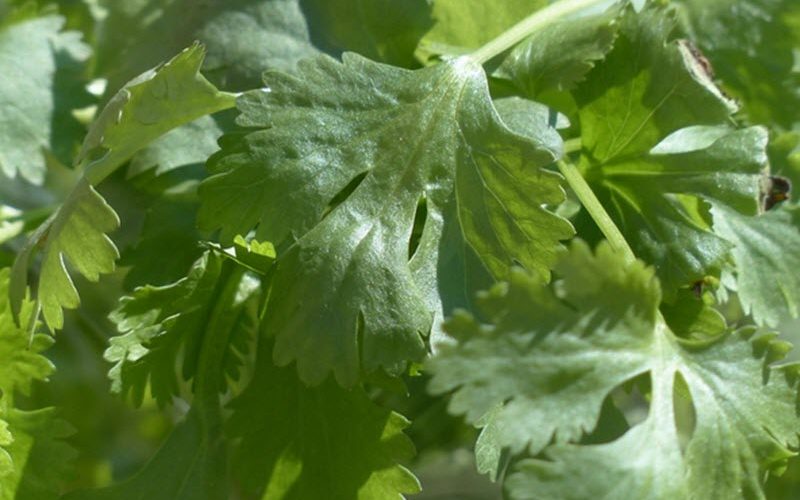 Some people think that cilantro, or coriander tastes like bath soap. Most people think it has a fresh taste able to add a zesty lemony flavor to foods. Cilantro has been grown, cultivated and enjoyed for centuries and is a traditional herb used in cooking. It is also known as Chinese Parsley. Armed with the qualities of parsley, this lovely herb is often used as well for its medicinal qualities.

Cilantro is the Spanish word for Coriander and is the most popular term of reference. It is a lovely spice that can be used in cooking by utilizing its seeds, flowers and leaves. Its usefulness makes Cilantro an excellent plant to include in your herb garden. It is easy to grow as well, even for beginner gardeners.

Although cilantro offers a healthily flavor to any dish, it can also boast medicinal and nutritional benefits. It has good amounts of vitamin A, C and K. Cilantro seeds offer fiber, selenium and magnesium as well.

How to Grow Cilantro

Cilantro produces feathery umbels of flowers in white or pink. When the leaves are harvested, be sure to use right away. They tend to spoil quickly and will not preserve when frozen.

Cilantro is relatively simple to grow, but won’t last long. It is not a hearty plant and does not have a very long life in comparison to most plants. It will do best in moderate temperatures and does well in container gardens. Cilantro likes rich, well-drained soil and does well indoors during winter.

Most people use cilantro in their cooking. Its leaves are wonderful in Mexican cooking by being added to guacamole and in Spanish rice. Cilantro has a quality that is rare in that its flavor is not as potent when it is heated. This is why it is used more as a garnish and in cold dishes than anything.

Cilantro is an excellent preservative in foods due to its chemical composition. Cilantro seeds or fruits have a citrusy and nutty flavor due to the terpenes and pinene found in the herb.

It is no surprise that it is a great ingredient in summer dishes like salads and cold soups. The seeds can be roasted and heated to bring out the flavor, as well as used for the production of their essential oils.

Cilantro can be allowed to flower and used to control aphids in gardening. Although it is pleasant to look at, it is mostly regarded for being one of those herbs that people use for its flavor. It has the ability to add a fresh flair to any dish in any culture.